Winnipeg, the capital of Manitoba, Canada, was a fur trading centre during the 18th and 19th centuries. Located in the heart of Canada, Winnipeg is the cosmopolitan and vibrant capital of Manitoba, Canada's prairie province. With more than 740,000 inhabitants, it is the eighth most populous city in Canada and, since its foundation on May 2, 1670, the Hudson's Bay Company began trading furs. In 1738: creation of the Fort Rouge fur trading post. As early as 1812, settlers requested by Lord Selkirk arrived on the banks of the Red River. The city became an important commercial transit hub. 1869: The siege of the Hudson's Bay Company is renewed, in the Dominion of Canada, it is an autonomous state within the British Empire. The Métis rebel against this transfer. Manitoba became a Canadian province in 1870. In 1873 the city was incorporated into the Canadian federation. 1877: Founded the University of Manitoba. In the 20th century, the city expanded to include Tuxedo, Transcona and Charleswood, and Winnipeg had many tourist sites to visit. The Winnipeg Art Gallery, Dalnavert Museum, St. Boniface Museum, Gabrielle Roy House, Railway Museum, Manitoba Museum and Forks National Historic Site attract many tourists. Also visit culturally rich places like St. Boniface Basilica Cathedral, Fort Gibraltar or the Leo Mol Sculpture Garden. To experience Winnipeg's cultural and ethnic diversity, you must visit The Forks, its central neighbourhood and meeting place. It owes its name to its location, at the confluence of the Red and Assiniboine rivers that flow through the city. Thousands of years ago, the Amerindians met there to trade and barter. Today, The Forks is home to a large shopping mall, numerous restaurants and a skateboard trail on its esplanade. Winnipeg's cosmopolitan character is also measured in the variety of its neighbourhoods. Saint-Boniface is the city's French landmark. Winnipeg is home to the largest Francophone community in Western Canada. Corydon Avenue is known as a small Italy, while the Sargent-Ellice area is more Asian with its many Chinese, Vietnamese and Indian restaurants. Winnipeg is considered the "culinary capital of Canada". It is the Canadian city with the highest number of restaurants per capita. Winnipeg is also famous for its creative art festivals. To name but two: The Folklorama festival celebrates the city's different ethnic communities and the Festival du Voyageur, initiated by the Francophone community, celebrates the beauty of winter for ten days. And make no mistake about it, if its nickname "winterpeg" refers to winter temperatures, Winnipeg enjoys a typically continental climate with four distinct seasons. Winter can be very cold and summer very hot. A modern and lively city, Winnipeg has many restaurants, traditional and lounge bars and discos in all its neighbourhoods, with The Forks in the lead. Known for its indie music scene, Winnipeg also offers a fairly extensive program of concerts by local musicians in its pubs and concert halls. The Forks, the urban oasis where the heart of the city beats, is a must for any stay in Winnipeg. A visit to the Art Gallery is a must to discover the largest collection of Inuit art in the world. The St. Boniface neighbourhood is very representative of Winnipeg's French heritage. The village Osborne is worth to him for its offset and vintage shops. Around Winnipeg, there are a variety of tourist sites to explore. The Fort la Reine Museum in Portage la Prairie; the Marine Museum and Lower Fort Garry in Selkirk; and for fresh air, Grand Beach Park and beautiful Lake Winnipeg.

zChocolat, world leader in luxury chocolate gift giving and Pascal Caffet, World Champion Chocolatier have been delivering their high-quality and premium French chocolates in Winnipeg, Canada since November 1st 1999 and have always made a grand and lasting impression with gift recipients in Winnipeg. Whether you are shipping to Assiniboia, City Center, Riel or any of the suburbs, zChocolat delivers high-end & exclusive French chocolates within 3 business days and in perfect conditions. 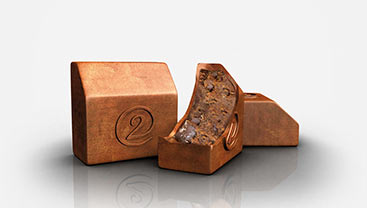 All our Signature Chocolates can be delivered in Winnipeg and at any time of the year with our summer packaging depending on the season.

Please note that we do not deliver in Canada on weekends (Saturdays & Sundays) and the following upcoming holidays: