Luxurious, luminous and refined, these are just some of the qualities that do not live up to Riyadh's splendour! This charming cosmopolitan city, capital of the Kingdom of Saudi Arabia, is one of the richest cities in the world. Riyadh has the most modern infrastructure facilities and is home to a remarkable archaeological site that is just as splendid. This is the fortress of Masmak. Similar to a cinematic setting, it is an immense building with numerous galleries and a spearhead that has survived through time. Its sandpapered wooden roofs are of a certain charm. This is a site worth a visit. Welcome to Riyadh.

Riyadh has nothing to envy in cities like New York, Tokyo. It has amazing buildings! Burj Rafal is the largest skyscraper in Riyadh. This is a luxurious hotel that deserves your full attention. The Al-Faisaliah Tower is the most beautiful architecture in Riyadh. With its special pyramidal shape, it dazzles you with its irresistible glass globe. She's a real gem! The Kingdom Tower and the local television tower are also captivating models of buildings that you will be able to admire during your stay in Riyadh.

A Longing for Luxury Chocolates

Located on a desert plateau, Saudi Arabia’s capital has experienced an exceptional transformation over the last half-century. Growing from a modest city of roughly 150,000 people in the 1960’s to a busy urban center boasting 6 million inhabitants, Riyadh has become one of the Middle East’s most important cities and an intriguing destination for both locals and tourists. Alongside this rapid growth has come an increasing interest in luxury goods, including high-end food imports. And while chocolate may be a relative newcomer to the Riyadh palate, it has quickly become a preferred form of indulgence among the city’s elite. Delivering to Saudi Arabia since 1999, zChocolat has earned a reputation for providing truly premium chocolate gifts to discerning recipients throughout the Arabian Peninsula because of their commitment to using all-natural ingredients and high quality single-origin cocoas. Fast shipping and convenient online ordering have further cemented their position as one of the city’s premier providers of fine European chocolates.

zChocolat, world leader in luxury chocolate gift giving and Pascal Caffet, World Champion Chocolatier have been delivering their high-quality and premium French chocolates in Riyadh, Saudi Arabia since November 1st 1999 and have always made a grand and lasting impression with gift recipients in Riyadh. Whether you are shipping to downtown Riyadh or the suburbs, zChocolat delivers high-end & exclusive French chocolates within 2 business days and in perfect conditions. 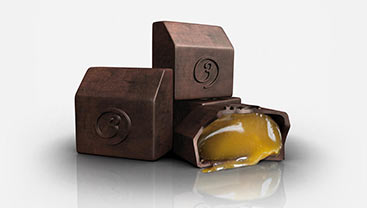 All our Signature Chocolates can be delivered in Riyadh and at any time of the year with our summer packaging depending on the season.

While more diverse than rural parts of Saudi Arabia, Riyadh’s population remains predominantly Muslim, and Islam is officially recognized as the state religion. The month long observance of Ramadan is a high point of the local calendar and is marked by daytime fasting followed by special Iftar meals enjoyed with family and friends after sunset. zChocolat is proud to offer a line of dedicated gourmet gifts ideal for sharing throughout this special season. Like all zChocolat creations, members of the Ramadan Collection are halal and contain no alcohol and no animal fat. Available in a range of sizes, each product features the finest recipes from Master Chocolatier Pascal Caffet, and is packaged in elegant boxes adorned with a traditional seasonal greeting. From a 4-piece box including three stunning chocolate recipes plus a single Z chocolate coated in food grade gold leaf to an astounding 550-piece multi-assortment selection in a giant lacquered wood box, there’s something in the collection for every occasion from the beginning of Ramadan through even the most elaborate Eid al Fitr celebrations.

Food has always played an important role in Saudi Arabian society, with local hosts typically going to great lengths to ensure an enjoyable experience for visitors and guests. For anyone who has enjoyed this famous hospitality, doorstep delivery of France’s finest chocolates is an excellent way to return the favor. Featuring only high-grade single-origin cocoas and carefully sourced ingredients like Valencia’s famous almonds and Piedmont’s celebrated hazelnuts, each recipe is a sensory journey that’s sure to delight even the most discerning recipient. Whether it’s remembering a milestone birthday, acknowledging a major anniversary, sharing holiday cheer, or expressing gratitude for memories shared, zChocolat has the perfect gourmet gift ready to ship. Fast three-day delivery and special summer packaging guarantees maximum freshness in spite of Riyadh’s notoriously hot weather, while package tracking, signature on delivery, and delivery confirmation provide extra peace of mind.

Please note that we do not deliver in Saudi Arabia on weekends (Fridays & Saturdays) and the following upcoming holidays:

No Alcohol, No Animal Fat

Our French chocolate gifts do not contain any alcohol or animal fat of any sort and therefore abide by local Muslim regulation in Saudi Arabia.

When filling out your gift recipient's address, please note that addresses in Riyadh do not require ZIP Codes.

Riyadh is the capital of the Kingdom of Saudi Arabia in the homonymous province. It covers an area of 1,554 square kilometres and has an official population of more than five million, making it the most populous city in the country. The Saudi capital is located in the centre of the Arabian peninsula on a wide plateau, the Nejd.
Together with Buraydah and Al Khardj, it forms the "central corridor" of development. Two other population areas of the country are located around Jeddah and Mecca on the Red Sea, and around Al-Hufuf and Dhahran on the Persian Gulf.

Although Saudi Arabia is one of the most conservative countries in the world, art occupies an important place. The largest building dedicated to it remains the National Museum of Saudi Arabia. It's not just a museum, it's a national library. There are 8 galleries: man and the universe, Hajj, Arab kingdoms, the pre-Islamic era, the prophet's mission, unification, Islam and the Arabian peninsula, the Arabs. It's a very enchanting place, and you'll enjoy it. Other museums are visible. It is the museum of the Royal Saudi Air Force. It recounts the history of local military aviation.

Riyadh does not lack points of interest. Located at the top of one of the city's most remarkable buildings, the tower of the kingdom, the Sky bridge is very popular! It will project magical panoramas of the whole city of Riyadh. It's very beautiful! Riyadh's zoo, the largest in the country, will answer your expectations of discoveries, with its exquisite fauna. Another museum will take you to Riyadh: the museum of antiquities. Visitors often don't want to leave again because they see a wonderful collection of paintings, inscriptions, porcelain, pottery, ceramics, coins, statues, jewellery and frescoes.

Riyadh is not only cheeky luxury and pasha life, it's also a lot of culture! One of the most important events that bring a crazy world together is the Jenadriyah festival. It is a colourful cultural event that lasts almost two weeks. There's a lot of interesting things going on there. You will attend camel races, local music and dance shows, popular games, folk costumes, a book fair, etc. You will be charmed. It is usually held in February or March. Don't be told about the event, it will be sensational! To evoke the development of prestigious neighborhoods, one thinks of all the symbols that have been those of Riyadh for half a century. It was formerly the fort of al-Masmak, a denial of power, built not far from the souks it controlled and the great mosque which was its spiritual support. Then the new large stone and concrete mosque (photo n° 6l), built in the 1950s, near a renewed Riyadh emirate. The water tower in the shape of a blue and white mushroom (photo n° 5l), symbol of modernization, abundant water after centuries of scarcity: supreme luxury... The avenue lined with ministries, signs of the establishment of a centralized power, stretched towards the airport, symbol of openness to the world.

Since 1973, the two tower buildings of the Saudi Arabian Monetary Agency and the Saudi Development Fund, the bulwarks of international financial power, have been "signs". The building of King Khâlid, emblem of the new times: the royal family no longer depends on merchants as in the past, it builds and invests itself. And the gigantic tour of television: does it not mean that the instrument of a technique that was rejected and banished only twenty years ago, twenty years ago, is so high?
What will tomorrow's symbols be? They will undoubtedly have to be sought in the grandiose project of the qasr al-hukm which, in the very heart of the ancient city, will combine administrative, cultural and religious activities in an architectural setting worthy of the new financial scale of the Saudi Arabs. And also on the side of the gigantic university that is currently being built on the road to Dir' îya, the cradle of the dynasty and Wahhâbisme.

Riyadh has also established itself as a centre for the dissemination of new cultural models: foreign models through contact with the many expatriates present in Riyadh, but above all Wahhâbite norms of behaviour. It would be very interesting for the cultural and social history of Saudi Arabia to study how these norms have slowly spread over the past two centuries, particularly in different cultural regions of the Najd: we think of the Hijâz and even more so of the' Asîr where clothing, housing, village institutions and the status of women seem to have undergone profound changes since the establishment of the power of the Saoud, fifty years ago. The dominant group expands its cultural influence: it is in the logic of a city that, in less than a century, has been able to bring together within its walls political and administrative power, financial and economic power.