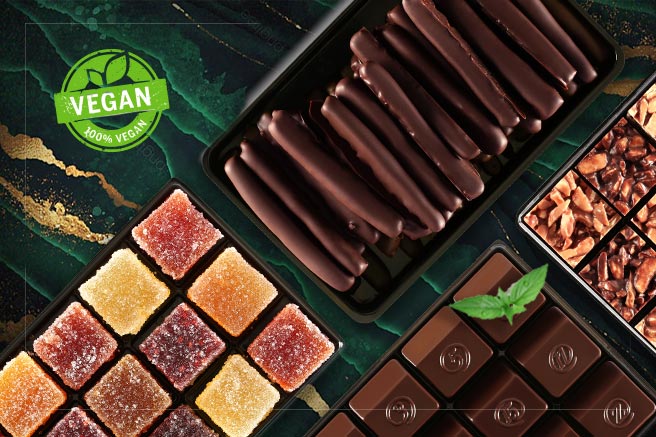 Vegan chocolate is one of the most delectable desserts that vegans enjoy while being faithful to their way of life. But for the rest of the people who are not vegan, or even vegetarian, why buy a vegan chocolate box?

Let’s briefly explore how veganism came about. Then turn our focus on vegan chocolates, how they are unique, and the top 10 reasons why they are a luxury that everyone in the world can—and should—enjoy, regardless of their beliefs and way of life.

Why Do People Become Vegan?

Veganism has its roots in vegetarianism, a way of life that dates back to around 2,500 years ago, during the time of Pythagoras and Ancient Greece. It was also around the time of religious movements in the East, particularly Hinduism and Buddhism, which discouraged violence against animals. This meat-free diet was known as the “Pythagorean diet” until the “vegetarian diet” replaced this around the 19th century.

But it goes even further back than that if you take into consideration our prehistoric hunter-gatherer ancestors who mostly survived on a plant-based diet at a time when they rarely had meat for sustenance.

What does vegan mean?

Veganism came as an offshoot of vegetarianism. The “vegan” diet was defined as early as 1944 by The Vegan Society. Its original and complete definition will help us better understand and appreciate this way of life. According to The Vegan Society:

“Veganism is a philosophy and way of living which seeks to exclude—as far as is possible and practicable—all forms of exploitation of, and cruelty to, animals for food, clothing or any other purpose; and by extension, promotes the development and use of animal-free alternatives for the benefit of animals, humans and the environment. In dietary terms, it denotes the practice of dispensing with all products derived wholly or partly from animals.”

How Is Vegan Different From Vegetarian?

In short, a vegetarian diet does not include any meat, poultry, or seafood. It is a meal plan made up of foods that mostly come from plants. A vegan diet, on the other hand, goes even further by also avoiding eggs, dairy, honey, or any other products of animal origin. Therefore, vegan chocolates do not have any of the above ingredients, making them perfect for vegetarians and vegans alike.

Given that a vegan diet avoids all products that come from or are produced by animals, vegan chocolates avoid or replace this group of ingredients. The majority of vegan chocolates are therefore high in cocoa content as with regular chocolate, milk is combined with the cocoa butter to give a lighter and usually sweeter flavor.

As dairy products have high levels of saturated fats and cholesterol, by choosing a vegan alternative, you will automatically avoid these high concentrations of fats that are found in healthier quantities in other food groups. On top of this, a higher cocoa content means that dark vegan chocolates are richer in all of the nutrients and minerals that are found in chocolate, such as iron, magnesium, and zinc. 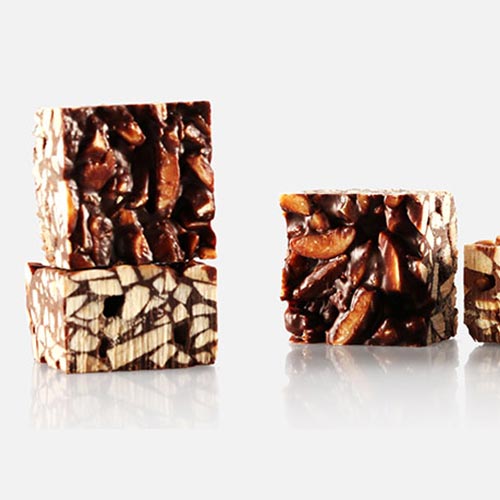 Vegan Chocolate Is The Original Chocolate 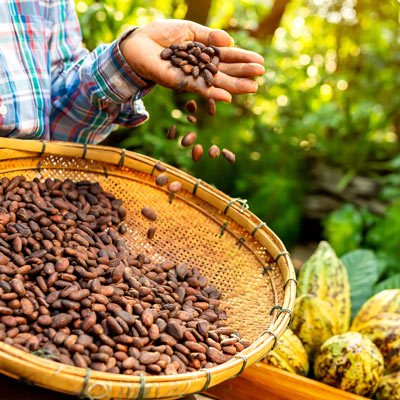 You may question whether chocolate truly can be vegan, and the quick answer is Yes and No! Because it depends on the ingredients. That’s great news because chocolate is one of the luxuries in life that would be almost impossible for anyone, not only vegans, to have to give up. It’s one of those little luxuries in life that is near and dear to us as chocolate often ties in with special people, occasions, moments, and memories.

The original chocolate was invented by the Mesoamericans as long as 4000 years ago, solely from the cacao plant. Then, the Europeans arrived in Mesoamerica, discovered chocolate, and brought it back to their continent. It was in Europe that chocolate started to become commercialized, having been combined with milk and sugar to create what we would today recognize as milk chocolate. This transformation and modernization of the traditional chocolate recipe are therefore rather a large step away from what was enjoyed by Mesoamerican cultures thousands of years ago. However, by choosing vegan chocolate today over its non-vegan counterparts, you are taking a step into history, enjoying chocolate in its most traditional form.

When Is Dark Chocolate Vegan?

Dark chocolate packaging and labels usually show you the percentage of cocoa that’s used in the recipe. Your regular dark chocolate will usually contain around 55 to 70 percent cocoa, whereas it is much more uncommon to find chocolate containing more than 85 percent cocoa. The higher the cocoa content, the more bitter the chocolate tends to be. Milk chocolate can contain anything from around 23 percent to 55 percent, with the cocoa being diluted with milk products and other additives. 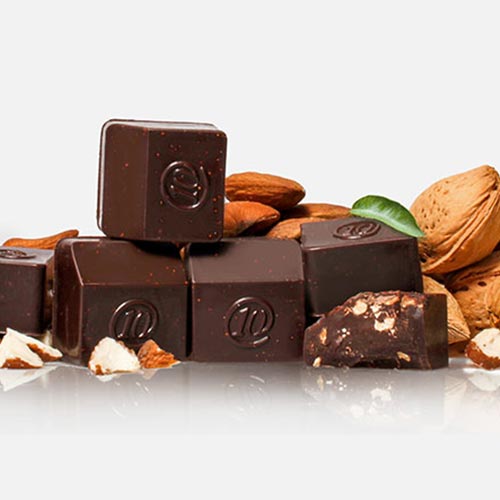 The higher the content of cocoa in chocolate, the more likely it is to be vegan as it is more and more unlikely to contain any milk derivatives that would render the chocolate creamier and less intense. With a higher cocoa content in vegan chocolates, the purer this type of chocolate will be.

Allergens, as we all know, are annoying substances that weasel their way into lots of our favorite foods. The main food allergens include milk, eggs, shellfish, and peanuts. Of course, it is always incredibly important to check the label on any food product if you suffer from any food allergy, but for those with a milk or egg allergy, vegan chocolate will naturally be a safe food. This means that vegan chocolate and other vegan chocolate desserts are not only the perfect choice for those opting for a plant-based and vegan diet, but also for those suffering from certain food allergies.

Does Vegan Chocolate Have Dairy? 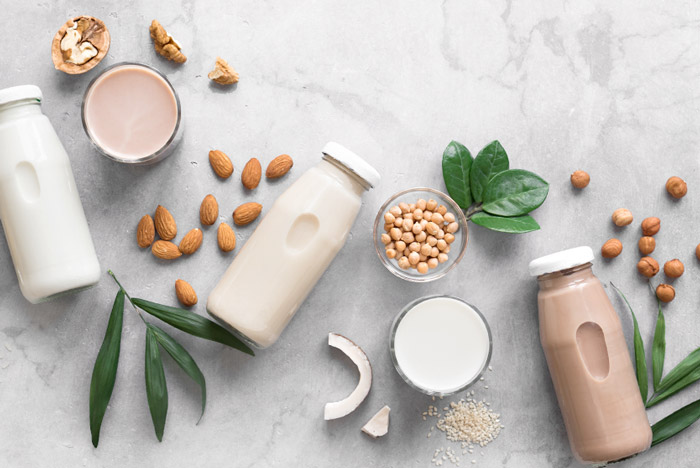 There are essentially two types of vegan chocolates: dark chocolate containing no milk or animal-derived products naturally, and chocolates made with alternative dairy-free milk such as soya, rice, or even hemp seed milk. With these vegan recipes, you can be sure that you are eating chocolate that is not only plant-based but also lactose-free, meaning that anyone with a milk allergy or lactose intolerance is able to enjoy this tasty treat.

When counting calories, chocolate probably isn’t the first food group that comes to mind as a “safe” food. With all of the artificial nasties and sugar that can be found in mainstream-branded chocolate, it is without doubt high in calories. With vegan dark chocolate being lower in saturated fat and very often low in sugar (if not containing no sugar at all), it naturally contains fewer calories.

Of course, it is always a good idea to be treat-wise as it is, unfortunately, possible to have too much of a good thing. Nonetheless, if you are counting calories and looking to indulge in a decadent treat that will tantalize the taste buds without adding too much to the calorie counter, vegan chocolate is without doubt the perfect choice. 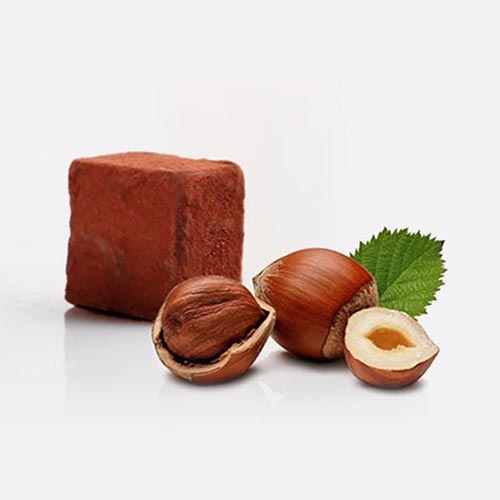 We have all been told that chocolate warms the heart and brings a smile to the face, and it really is true. Cocoa contains not only minerals and vitamins that are essential to a healthy lifestyle, but it also causes a chemical reaction in the brain when eaten. cocoa, when ingested, prompts the brain to release endorphins, resulting in a wave of happiness throughout the body.

Vegan Chocolate is Better for the Environment 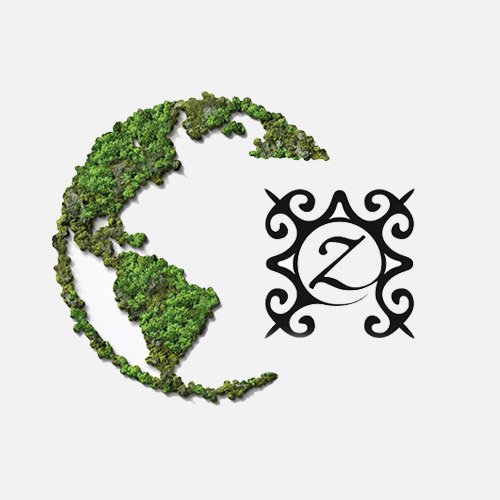 Another very common reason why people choose to opt a vegan diet is for the environmental impact that the meat and dairy industry causes. As much as 32% of all human-caused methane emissions come from the beef and dairy industries, which is a leading cause of global warming and climate change. By making the switch to vegan chocolate, you are ultimately limiting the amount of methane emitted into the atmosphere by limiting your consumption of milk, a key ingredient in non-vegan chocolate.

Another issue that the meat and dairy industry has on the environment is the vast amount of water that is consumed. To make one 200ml glass of dairy milk, over 120L of water is needed, which is far more than any vegan alternative, such as soya or oat milk which needs 5.6L and 9.6L respectively to make the same amount of milk. With this in mind, by choosing a vegan alternative when choosing your favorite cocoa-based treat, you are hugely cutting down on the amount of water used, which is much more eco-friendly.

Vegan Chocolate Is RICH IN Vitamins and Minerals

With vegan dark chocolate being the purest version of your favorite sweet treat, it naturally has a high cocoa content. The higher the content of cocoa, the less room there is for other additives, meaning that you benefit from all the natural goodness of the cocoa plant. Pure cocoa is full of essential vitamins and minerals, such as copper, iron, potassium, and magnesium. As dark vegan chocolate tends to contain a much higher level of cocoa, it is also rich in these essential nutrients.

These important nutrients help maintain a healthy lifestyle, with copper working with iron in the body to create healthy red blood cells; potassium working as an electrolyte and enabling fluid muscle movement, and magnesium relaying signals in the brain and regulating muscle contractions.

This means that your favorite vegan chocolate is not only a delicious treat but also contains a boost of many of the vitamins and minerals that your body needs on a daily basis. However, it is of course important to consume chocolate in moderation as part of a healthy, balanced diet.

The Best Chocolate Brands Are Vegan-Friendly

Which Brands of Chocolate Are Vegan?

Over the past few years, more and more chocolate companies have decided to cater to their vegan customers, and new vegan chocolate brands have been created providing solely vegan chocolates. Most vegan chocolates will be labeled with a vegan logo to show that they are safe for a plant-based diet, but if you are ever in doubt, always check the label on the back, or contact the manufacturer directly. Our team at zChocolat is always more than happy to assist and answer any questions that you may have.

Where Can You Buy Vegan Chocolate?

At zChocolat, we have a full and exciting range of vegan chocolates and treats, made with the finest natural ingredients that we carefully source for their high quality. Our all-natural succulent selection of vegan dark chocolate, vegan chocolate truffles, vegan candy bars, and other vegan chocolate desserts is perfect for vegans and non-vegans alike.

What Vegan Chocolates and Treats Are Available?

We always strive to offer the best 100 percent natural all-vegan assortments to our vegan patrons and all our customers worldwide. So, here’s a quick list of your best options when you’re ready to try a vegan chocolate bar or want to share the best vegan chocolate gift with family members, relatives, colleagues, and friends.

Congratulations! Having read the article, you now know the top 10 reasons to choose vegan chocolate. You understand why a vegan chocolate box is the perfect, responsible gift that can delight and even shift the paradigm of anyone who has been a skeptic or has not yet discovered how amazing vegan chocolates are!

> Scroll back to top